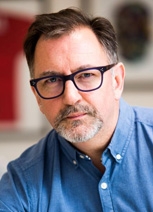 John A. Marley is a content creator with a proven track record in creating and producing distinctive, original entertainment and factual programming and formats for both a UK and international audience. His eclectic portfolio of high-profile shows include Britain’s Ultimate Pilots: Inside the RAF, Britain’s Flying Past, Staraoke, Best of Friends, Skatoony, Noel’s House Party, Through the Keyhole, SMTV:Live/CD:UK, How Euro Are You? and live coverage of “The Oscars”.

John unleashed Archie Productions in January 2008 to originate and produce his own shows, whilst actively seeking innovative partnerships with other creative talent.

Prior to setting up his own indie, John enjoyed a wide and varied career in television. He was Series Producer at Talent Television where he was instrumental in the creation and development of CBBC’s major entertainment brand Best of Friends which ran for 96 episodes and was also Producer/Director for Cartoon’s Network’s hit series Skatoony, the world’s first game show combining live action kids playing against animated characters. He was also Producer on Talent Television's How Euro Are You?, the interactive live debate on the EU for BBC Two.

John has extensive experience working within a broadcast environment, having been Head of Development at Walt Disney UK where he executive produced the BAFTA Award-winning Bus Life. He has also worked for a number of leading independent production companies including Planet 24, Carlton Television, United Productions, Paradine Productions, Blaze Television and Zenith Entertainment where his roster of programming includes, The Word, TV Naughtiest Blunders, Through the Keyhole and Top Ten of Eveything...to name a few.

During his time at the BBC his credits included Noel’s House Party, Steve Wright’s People Show, Film 96-97 with Barry Norman and The Oscars.

John’s media career started in his native Northern Ireland as a radio host, before becoming a reporter on Ulster Television's consumer affairs series Ask Anne and was an Assistant Producer on the Live TV debate Whither Northern Ireland?.

John is also an author and has just published his first book: crime thriller Standstill. Find out more at www.jamarley.com 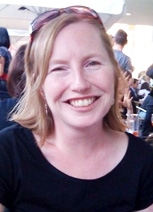 Jenny Cole is an experienced and creative series producer with a passion for making entertaining and engaging television. She has produced series across all genres for a range of broadcasters including BBC1, BBC2, BBC3, ITV1, UKTV and Discovery Home and Leisure. Her credits cover the spectrum of factual entertainment, factual, documentaries, formats and obs doc including series producing Archie Productions’ Britain’s Ultimate Pilots: Inside the RAF and executive producing Britain’s Flying Past: The Spitfire, The Sea King and The Lancaster and Red Arrows: Inside the Bubble.

With a diverse track record, Jenny has also produced The Scam Squad and Wish You Were Here Now and Then for Talkback Thames, Mayhem at the Manor for TwoFour/Discovery UK and Europe, Holiday for Trilogy Media/BBC1 and What Not to Wear for BBC1.